ADDTabz Review: Is This Brain Pill A Scam? 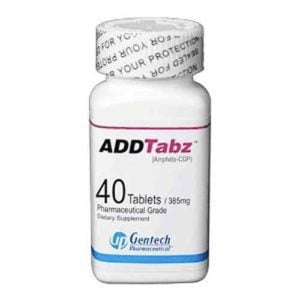 ADDTabz is a supplement that was designed to improve your focus, attention, energy, and overall cognition. But is it any good? Check out our full review.

It is not available for sales any more

It contains substances banned by WADA

When ADDTabz reached the market for the first time, people thought this nootropic supplement is the NEW BIG THING in the nootropic industry, and it is going to change the industry for good.

This mistaken belief arose because ADDTabz was promoted as the alternative to Adderall, a powerful smart drug used by students. However, as you are going to realize soon, ADDTabz looks like a complete scam.

This is probably the reason you cannot find this supplement online anymore!

ADDTabz is a nootropic supplement that was advertised as a natural alternative to Adderall. It was apparently designed to:

Besides, the supplement is “doctor verified” and a “pharmaceutical grade.”

Since we weren’t convinced about that, we did a detailed review of ingredients first. 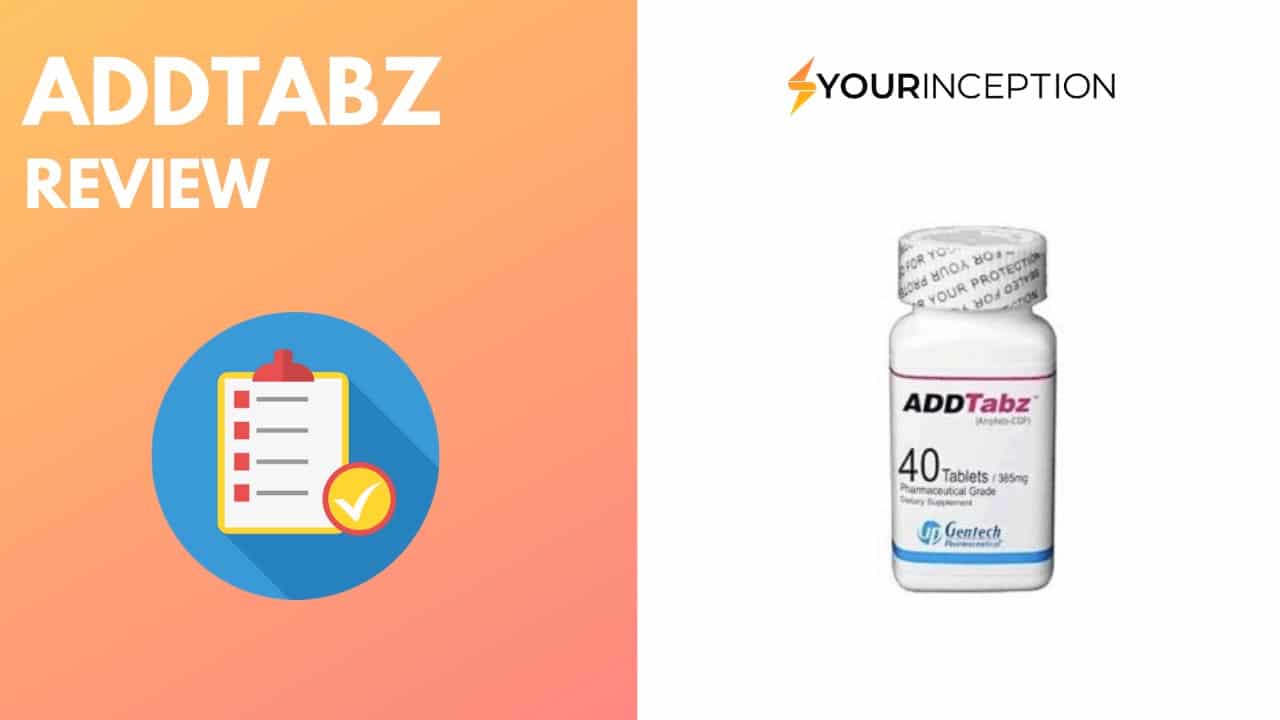 ADDTabz contains 6 ingredients and a whole range of different low-quality and unnecessary fillers:

Before we have a more detailed look at the ingredients, we can already tell you that this nootropic supplement looks like a complete SCAM! Besides the different choline compounds and caffeine, it contains no high-quality nootropic compound.

Even more, it contains an enormous amount of folic acid and a proprietary blend of all other compounds. This is one of the worst combos we have seen since we started reviewing supplements. It is almost unbelievable!

Folic Acid (also known as Vitamin B9) is an essential vitamin for general health. Some evidence exists that supplementing B9 may reduce depression and the symptoms of Schizophrenia. Other studies from China show that supplementing folic acid may enhance your cognition. [1]

Sadly, high-dosages of B9 may be associated with increased cancer rates! ADDTabz contains an extremely high dosage of it, so we would immediately avoid taking this supplement!

Choline Sodium Salt (Cytidine diphosphate) is a citicoline, a powerful nootropic that promotes a healthy brain. Also, it may enhance our learning ability and overall brain performance. Sadly, we do not know the exact amount of it in this nootropic supplement. It is highly unlikely that ADDTabz contains a high-enough dosage to get the benefits.

ADDTabz contains caffeine anhydrous, which is a dehydrated form of caffeine. This makes it much more powerful. Instead of 100 mg of caffeine, you only need to take about 50 mg for a similar effect. Since we don’t know the exact amount of caffeine in AddTabz, we cannot recommend taking it.

Synephrine is a common fat-burner, which isn’t as effective as other, higher-quality fat-burners on the market. Since it is not a nootropic, we have no idea why the added it to this nootropic stack.

Octopamine has been banned from WADA because of its stimulatory effects, so avoid taking this compound!

Our Opinion About The Formula ADDTabz has one of the worst formulations of all nootropic supplements that we came across. We suggest entirely avoiding this supplement.

No, based on our research, ADDTabz cannot work and provide the promised benefits because it lacks high-quality and effective nootropic compounds.

Supplements such as ADDTabz usually don’t work or provide a lot of adverse side effects. ADDTabz contains a huge amount of B9, which may increase the risk of cancer. Even if there are no other adverse effects, we would never consider taking ADDTabz.

But that’s not all. We assume that it contains a high amount of caffeine (based on the reviews of other people), you should be aware of the following side effects:

Also, ADDTabz contains Octopamine, which is banned from WADA. So be careful!

What do others say about ADDTabz? Since it seems that ADDTabz has been banner or at least deleted from all major online stores, we had a hard time finding honest reviews.
But we managed to come across the following reviews which worry us a lot:

“Do not take this product, it doesn’t do anything!”
“Stay away from it!”
“2 out of 5 stars – too expensive for little effect.”

Due to everything that we mentioned in this review, we do not recommend buying ADDTabz. It is an ineffective and potentially dangerous nootropic supplement that (luckily) isn’t available for sales anymore.

In our opinion, ADDTabz is nothing more than a typical supplement scam!

Your Inception does NOT recommend buying ADDTabz. Instead of buying such risky supplements, click on the button below and check for the highest-quality nootropic supplements currently available on the market.