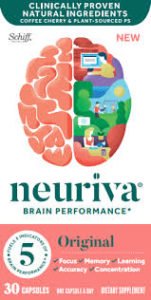 Neuriva is a brain supplement that was designed to improve your brain performance. However, as you will see, there is a lack of studies confirming that Neuriva is an effective supplement.

Too expensive for its quality

It lacks many crucial nootropics for optimal brain performance

Neuriva Brain Performance is fairly new to the nootropic market and has been enjoying quite a buzz since its launch. However, given that it only contains two solitary ingredients has raised a few eyebrows in the biohacking community. Do these two ingredients, on their own, deliver the goods or does Neuriva fall short of its tall claims? Let’s find out.

Neuriva is marketed as a supplement that caters to brain health. It claims to rely entirely on two ingredients for aiding neuronal wellbeing and supports the potential to improve learning and focus.

According to manufacturers, the product uses only clinically verified, decaffeinated, and sans GMO ingredients to support mental performance.

The company offers this product in two stacks; Neuriva Original (as reviewed here) and Neuriva Plus.

Neuriva is the brainchild of Schiff Vitamins, a company known for its quality supplements and multivitamins. This product is available both online and in stores across the country.

These are all pretty standard claims as far as nootropics go, so the next step up would be to take a closer look at its ingredient list.

When people search for a potent nootropic, there are some common names that come to mind. Ingredients like resveratrol, bacopa monnieri, rhodiola rosea, and acetyl-l-carnitine are popular choices to look for, and more importantly, have sufficient scientific backing to help the nootropic hold its own.

In the case of Neuriva Brain Supplement, however, none of these are to be seen. Instead, the only two ingredients that make an appearance on the label are coffee fruit extract and phosphatidylserine.

It’s no wonder then that I have my reservations regarding the potency of this brain supplement. Either these two ingredients are extremely powerful in the areas of cognitive enhancement, or we have a hyped-up product with no credible source to support it.

Where does Neuriva fall on the scale? Let the ingredients do the talking.

The first of the two ingredients, “Coffee Fruit Extract,” is ambiguous enough to start with. First off, this is a relatively new ingredient that lacks research on healthy individuals.

Whole Coffee Fruit Extract is a patented extract sourced from the whole coffee fruit of the common coffee bean. It is extracted from the brightly colored red fruit, which wraps around the coffee beans and comes with impressive antioxidant content and brain-boosting compounds.

This extract contains chemicals known as procyanidins known to protect brain cells. It also has a unique profile of polyphenols that may well relate to its ability to raise BDNF levels.

BDNF is important for brain health as it helps build new pathways in the brain, along with increasing mental clarity and focus. [2]

The second ingredient, phosphatidylserine, is closer to the mark of qualifying as a nootropic. [3]

This is a phospholipid found naturally in the brain where it helps support healthy brain cell generation.

Another function of this important phospholipid is acting as a cell signaller, where it helps with apoptosis.

Apoptosis is programmed cell death and a normal part of cell regeneration. As brain cells die, phosphatidylserine moves from inside the membrane to the outside of the cell. When this gets detected by immune cells, they know it’s time to kill the cell.

This process ensures that old cells get replaced by new, healthy ones and is integral to maintaining healthy levels of cognitive performance.

Phosphatidylserine levels decline as a person ages, so supplementation can help with that. Adding in 100mg, as it says on the Neuriva label, will give brain cells the boost they need.

However, it’s hard for phosphatidylserine to do all the work on its own, and stacking it with other nootropics may yield better results for maximum cognition.

All said and done, it makes us wonder why this wasn’t listed as the first of the two ingredients? At least, it can be linked to some brain-boosting functions, whereas coffee fruit extract means virtually nothing.

Now, we realize that the most potent stacks will go much further than a two-ingredient formula. Some will venture into mood enhancement, others into long-term brain support. Some nootropics will focus more on memory improvement and others on alertness levels. But Neuriva seems to credit all its potency to two ingredients alone.

This is where I am having a lot of trouble finding any credibility to the claims. And if the thin number of ingredients isn’t enough to get us wondering, one of the two ingredients has no scientific evidence whatsoever to back it up, making it quite untrustworthy.

The label also lists a number of other ingredients (basically fillers) in their formula. These include rice bran, capsule (hypromellose, carrageenan, titanium dioxide, and pectin) microcrystalline, soy lecithin, and silicon dioxide.

Manufacturers use these ingredients as filling agents to bind ingredients together or fill capsules to obtain consistent capsule weight and product dosing. Some are also used to assist the manufacturing and stabilization of the final product.

A quick breakdown of what these fillers do will give you an idea of why they are used:

As for Neuriva side effects, there don’t seem to be any.

I think that this is because the formula is seriously underdosed and does not have the potency to do much to affect cognitive functioning.

Its only potent ingredient, phosphatidylserine, is a naturally occurring compound in the brain that declines with age. So, it makes sense to supplement it for optimal brain health.

But the same cannot be said of coffee fruit extract.

On a side note, Neuriva does contain soy and rice, which may be detrimental for people with allergies or sensitivities to these ingredients.

Neuriva reviews by users show the product to present mixed results. Some people are happy with using Neuriva, reporting positive experiences while others report not feeling any different after consumption.

According to the official website, adults 18 years and older should take one capsule a day before bedtime for better results.

Neuriva Plus is an upgrade from the Original and seems more promising. The upgrade includes vitamins B6 and B12 along with folate.

Now, these vitamins can actually offer some benefits in the area of cognition and memory.

B6, for instance, has been studied to help the body make serotonin and norepinephrine, two compounds that moderate mood and stress levels.

Some studies also show B6 to decrease homocysteine levels that have been linked to Alzheimer’s disease and memory impairment. That said, more research is needed to better understand the effect of B6 on brain function.

B12, on the other hand, is believed to prevent brain atrophy, which refers to the loss of neurons in the brain and is often associated with memory loss or dementia.

A deficiency has most often been associated with dementia in older adults, and even low levels of this vitamin can contribute to poor memory performance.

And like its B6 counterpart, B12 is also needed for the formation of mood-boosting neurotransmitters serotonin and dopamine.

Likewise, folate is also an important vitamin to supplement as a deficiency has also been linked to dementia. Also, it is seen as a promising stand-alone and adjunctive treatment for depression.

It is something that is seen as crucial for the developing brain for it plays a big part in the proper formation of the nervous system during fetal development.

From that time onwards, folate is needed at every stage of life with the highest incidence of folate deficiency in the elderly. [4]

It becomes increasingly important to supplement folate as it’s among the major players in brain atrophy in older adults. This is due to increased oxidative stress levels, and damage to DNA brought on by an increase in homocysteine levels.

As such, by including these three essential vitamins in their upgraded formula, Neuriva Plus is a definite step up from the original formula.

The Plus version also states to improve reasoning in addition to the benefits provided by the original formula.

But it is still by no means a miracle drug.

If there any benefits, and I am not confirming that there are, then you can expect phosphatidylserine to do most of the heavy lifting in this nootropic.

Adding a 100 mg therapeutic dose of phosphatidylserine can yield some degree of benefit when it comes to memory and focus, but it doesn’t match up to an actual nootropic stack.

People using Neuriva may experience some minor increase in cognition after taking it for some time, but it won’t be anything close to what a full-spectrum nootropic can do for you.

At best, it may be what you consider a phosphatidylserine supplement. But to compare it to a full-spectrum nootropic leaves much to be desired.

I hold the opinion that there are far superior nootropics available, and you will be better off looking at some other options instead of using Neuriva.

What it all boils down to in the end is that Neuriva simply does not offer enough value to its users. And when you compare it to the competition, it really falls behind. On the upside, the Plus seems to be a bit of an upgrade with some potentially helpful ingredients. Yet, the formula remains devoid of other key ingredients. So, despite the effort, the upgraded version won’t give you everything you need either. I would not feel prudent recommending this nootropic to anyone looking to enhance their cognitive potential just because it doesn’t have enough to offer.

Instead, click on the button below and check my top-rated nootropic supplements currently available on the market. 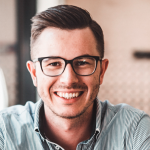 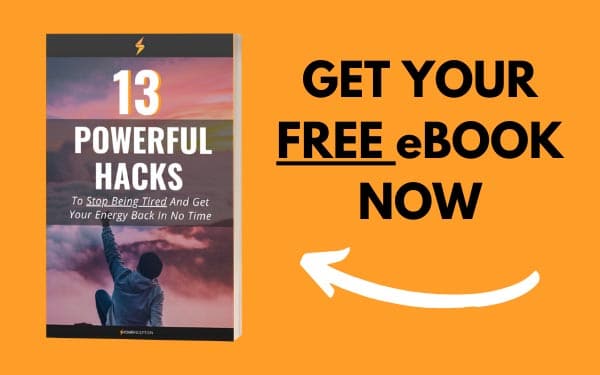 Your Inception is one of the most comprehensive online platforms that researches, experiment, and test strategies that can help people achieve ultimate energy, focus, brainpower, sleep, regeneration, and personal performance.

To be able to continue providing such high-quality information, we sometimes use affiliate links for the products that we personally test, review, and share with you. We also invested our own time and money into companies that we believe are developing the most beneficial products for you. We also participate with the Amazon Services LLC. That’s how we can assure you to provide the best quality content and keep on growing our blog and this awesome community.