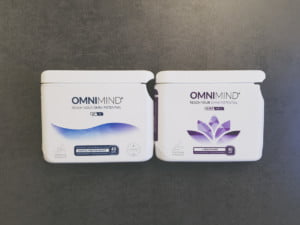 Product Description: OmniMind is a very affordable nootropic stack that was developed to help you achieve better focus, memory, and motivation.

OmniMind is a Europe-based nootropic stack that promotes reaching your “Omni potential.” But does it work? I have done a full review to find it out.

OmniMind is a very affordable nootropic stack that was developed to help you achieve better focus, memory, and motivation.

It contains 11 ingredients: A few nootropics, a very high dose of caffeine and some vitamins.

Omni Mind was developed in Europe, and it’s marketed as one of the best nootropic stacks there.

When I checked it out in details, I saw that the brand developed 2 products under the same name – OmniMind (No.1 / Reach your potential) & OmniMind (Sleep Well).

While I do like the idea behind that, I’d definitely think about better naming of both products.

Now, I’ve done a proper review and test of this product in the past weeks.

Strangely enough, I was able to feel some benefits, despite the product being slightly underdosed.

As I (almost) always do, I’ve decided to test OmniMind for about a week.

After my careful ingredient check, I did expect an energy and motivation boost from this supplement, but for the wrong reasons (I’ll tell you more about it in the next chapter).

Here is what happened during the test.

I’ve been taking 1-2 capsules/day on an empty stomach.

Sometimes I took 1 capsule, sometimes 2, and only once I took 3 capsules.

The issue with 2 capsules is that they contain 150 mg of caffeine, which means you don’t really want to drink another cup of coffee that morning.

But I love drinking coffee!

So, during the week, I noticed slight energy and focus boost, but nothing spectacular.

Did I feel more motivated? Hm, I don’t believe so.

How about a better memory? You know this is impossible to say after a week, but I think this formula lacks some ingredients for that.

Anyhow, due to the high caffeine dosage, you might consider taking OmniMind instead of your morning coffee.

But that’s about it.

Let me explain why.

OmniMind formula is non-GMO, vegetarian-friendly, it contains no artificial colors or flavors, and it is gluten-free.

It’s not nearly as developed as some of my favorite nootropic stacks on the market, but it shows some potential.

The formula contains 11 ingredients, which are:

If we look at these ingredients, I believe this formula:

In general, Omnimind is far from being a great nootropic supplement. 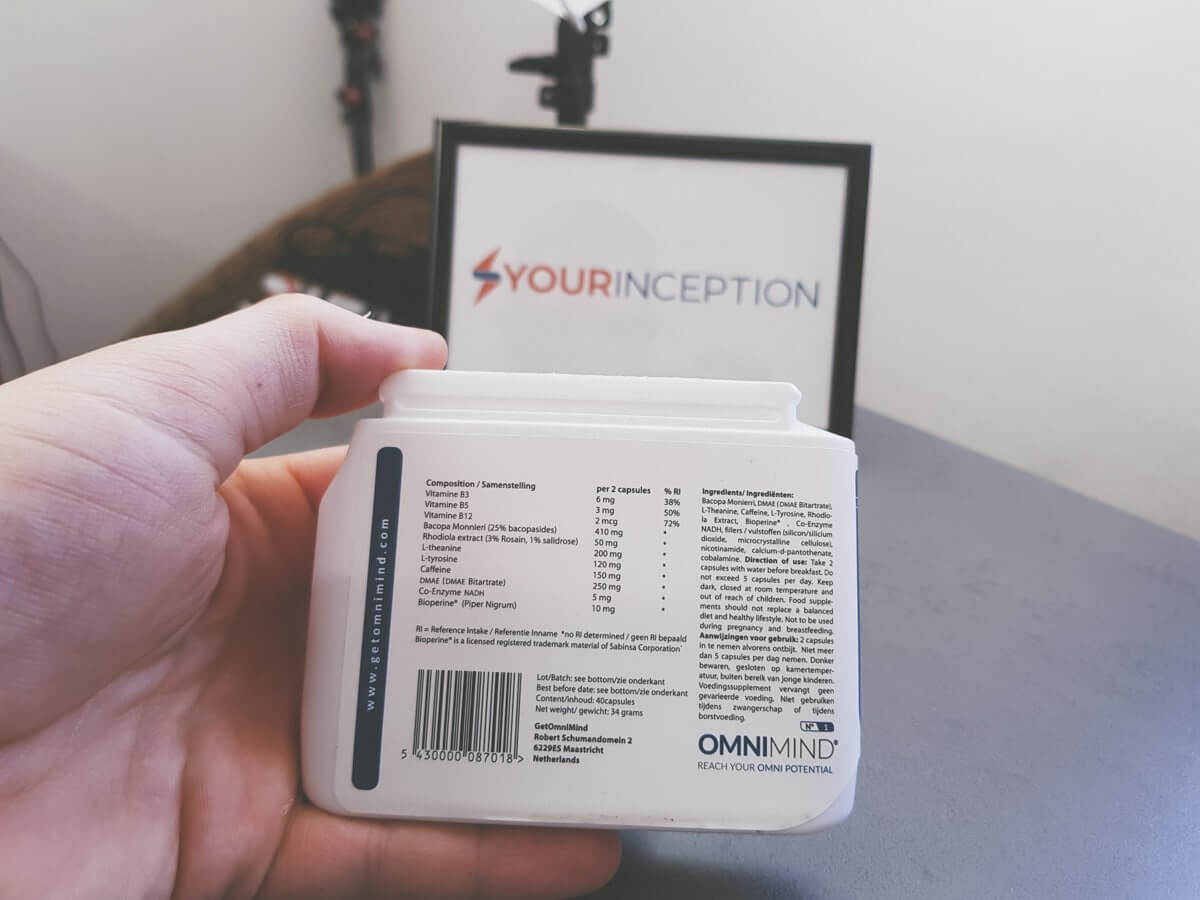 Still, it contains some great nootropics such as:

Rhodiola Rosea is an adaptogen herb known for its mood-improvement benefits. Besides, it can improve cognitive function and even athletic performance.

L-Theanine is an amino acid that besides its relaxation effects, reducing anxiety and stress, it also enhances memory, focus, and attention.

L-Tyrosine is a popular amino acid known for its positive effects on our physical and mental performance.

Due to the relatively low dosage of most ingredients, I didn’t expect to notice any adverse side effects.

And I was right – in general, I felt quite well when taking the capsules.

However, once I took 3 capsules of OmniMind, I felt my heart wildly beating for a while.

When I checked the ingredients once again, I saw this must have happened due to the caffeine intake.

I actually combined 3 capsules of OmniMind with a cup of coffee that I accidentally drank about an hour after taking OmniMind.

RED ALARM: Due to the high caffeine dose in OmniMind, you should never take 2-3 capsules of OmniMind and drink a coffee at the same time, or you might feel your heart going crazy, slightly jittery, even nervous, etc.

Anyhow, I do recommend consulting your doctor before taking OmniMind. Just to be on the safe side!

The recommended dose is 2 capsules, preferably in the morning with or without food.

Based on my experience, you can take the capsules before your breakfast for the maximum effect.

Do follow the recommended dose, so you don’t overdose on caffeine.

As part of my OmniMind review process, I’ve checked many different sites to get some feedback from actual users. Here you can read some:

“I noticed I’m more focused on my things and my mind more clear even after long day. There are no sides effects for me.”

“I just started my course for sharp mind and after 1 week already big difference. I can concentrate more on things I have to do. Specially when im driving… some days I was coming back from work and I didn’t remember how I come home cos my head was busy with other staff..”

“I like the smooth effect but I took 2 more capusles after dinner to study for my exams. Had difficulties falling asleep and felt queit tired the day of my exam. don’t recommend it to take in the evenings.”

Reviews are good, most of them probably honest.

Actually, I do believe OmniMind makes you feel much better than most other stacks do – but this is mainly due to the high caffeine dose.

Anyhow, people are in general satisfied with the product, but if you compare it to some other, more advanced nootropics, it’s not the best product out there.

To sum up the effects of OmniMind:

OmniMind is quite far away from the most advanced nootropic stacks.

If you still want to ditch your morning coffee for this supplement which contains a few fantastic nootropics, then you can order it here >>

OmniMind is another nootropic stack in a row that didn’t surprise us. It lacks certain nootropics, higher dosages, and it contains a very high amount of caffeine. While it does deliver some benefits, it’s far from being a remarkable product. We’d only consider taking it as an energy-booster instead of our morning coffee – but we still prefer my morning coffee.

Does OmniMind have potential? Yes, if the formula dramatically changes in the future. Until then, we’d recommend checking other, much better nootropic stacks, that are currently available on the market. 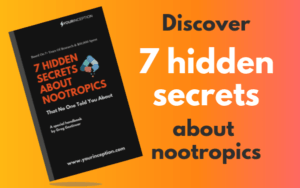