Qualia Mind vs Qualia Focus: And The Winner Is…? 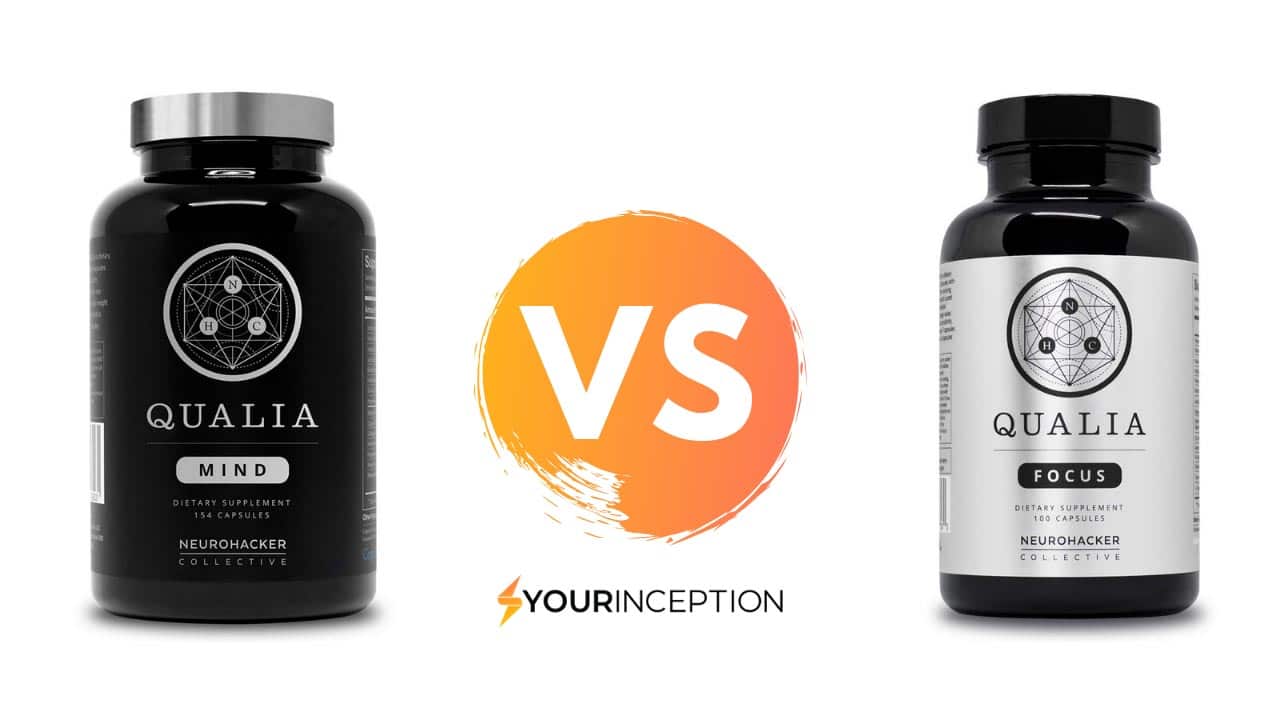 Qualia Mind and Qualia Focus are among my most often recommended nootropic stacks. As you can see, they are developed by the same company. While they both contain a large number of nootropics, Qualia Focus is almost half cheaper compared to Qualia Mind. Why is it so?

I was excited to write this comparison between such fascinating supplements because they are so similar and yet, so different. Both were developed by Neuroacker Collective, a nootropic company known for its premium supplements.

After Qualia Mind already got many enthusiasts and frequent users, Qualia Focus hit the market.

I often say that Qualia Mind is an older and more experienced brother of the two. It is better dosed; it has more ingredients, it is more expensive and more premium.

But Focus isn’t far away from it, and it is almost half the price.

So, what is the real difference between the products? Which one is better?

Both supplements have many things in common. Those similarities are what make them so popular, effective, and high-quality. Here are the main similarities:

They have precisely 24 ingredients in common, which is the main reason why they also provide similar effects. All ingredients are high-quality and well-dosed. Most of them are well researched, but there are a few exceptions. The formula is built to provide short- and long-term benefits for optimal cognitive performance.

The list of ingredients both have in common is as follows:

Another substantial similarity is the dosage of all the mentioned ingredients. Dosages are pretty much the same in both supplements, with a few exceptions.

The stunning similarities between the formulas are the reasons that both products bring similar results and benefits.

Both nootropic supplements were developed to help people with their cognitive performance and overall brain health. Nootropics can provide outstanding benefits for cognition. They can increase your focus, motivation, speed of thinking, and can improve your memory. Since both formulas are very similar, you can expect similar effects.

But there are a few significant differences which you should be aware of.

If you quickly look at both products, they seem almost identical. A bit of a different design and quite different pricing is what separates them at first sight. But if you check them in detail, you will notice a couple of other differences. They are the primary reason for such a price differentiation.

Qualia Mind contains 4 more nootropics, which make its formula more complex and advanced. Those extra ingredients are added to the formula for better long-term benefits. Let’s check them out:

Everyone who understands the structure and effects of nootropics will quickly understand the role of Cognizin, PS, and DHA in the formula. It is only PQQ that I don’t find so important for long-term benefits. Those 4 additional ingredients not only ensure better effects, but they add a lot to the product production price. Hence, the selling price also increases.

Both formulas were designed to provide short-term benefits for optimal cognitive performance. But it is the Mind which is the stronger and more effective of the two. Those extra ingredients support mitochondria, provide more cell energy, and help to build a stronger nervous system. Here are a couple of additional benefits you can expect from taking Qualia Mind:

Apart from the mentioned benefits, other effects you can expect are more or less the same for both supplements. The most important ones are:

There is no doubt both formulations are great, but it is the Qualia Mind which is more revolutionary.

Let’s check out the price per serving:

There is no doubt Qualia Mind is a better product than Qualia Focus. It has a better formula, it contains more ingredients, and it delivers better results. But Focus doesn’t fall too far behind. Just the contrary, it might be a perfect solution for beginners, people on a budget, and those who mainly search for short-term benefits.

But if you want to pick the best one, Qualia Mind is the product to buy.

That’s why it wins our test. 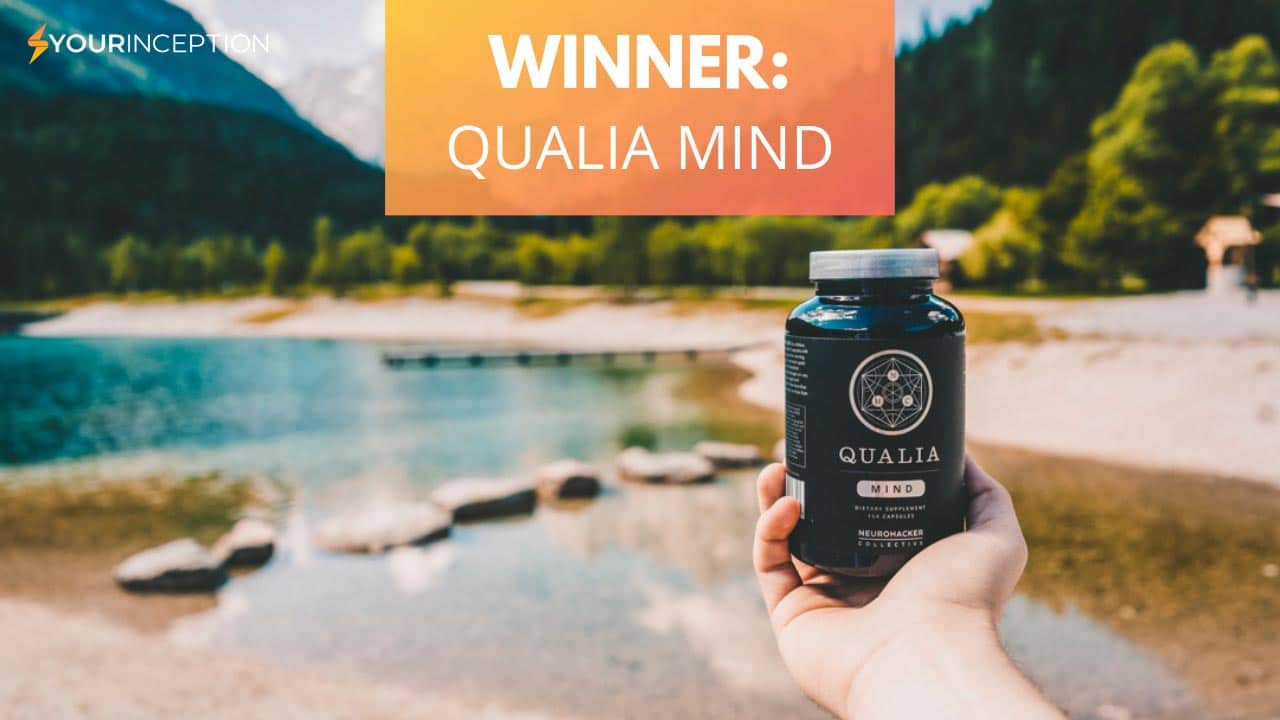 I can imagine lots of people have asked themselves what the real difference between Qualia Mind and Qualia Focus is.

Why does one cost half the price compared to the other, but it has an almost identical formulation? I had the same questions before meeting the Neurohacker Collective team in Toronto in 2018 at the Biohacker Summit.

They managed to explain the difference quite well:

There is not a big difference in performance between both products, but there is quite a considerable price difference. Qualia Mind is still the more advanced product, and it’ll stay on my top 3 list. Qualia Focus, however, is not far behind, and it’s a great deal for those people who are searching for a great, but more affordable product.

If you can afford Qualia Mind, go for it. If not, you won’t miss much with Qualia Focus.

To buy any of them, click on the button below: