What Are Nootropics? And Should You Be Taking Them?

Before you decide to buy nootropics, you should understand what nootropics are. In this post, we explain the basics of nootropic compounds. 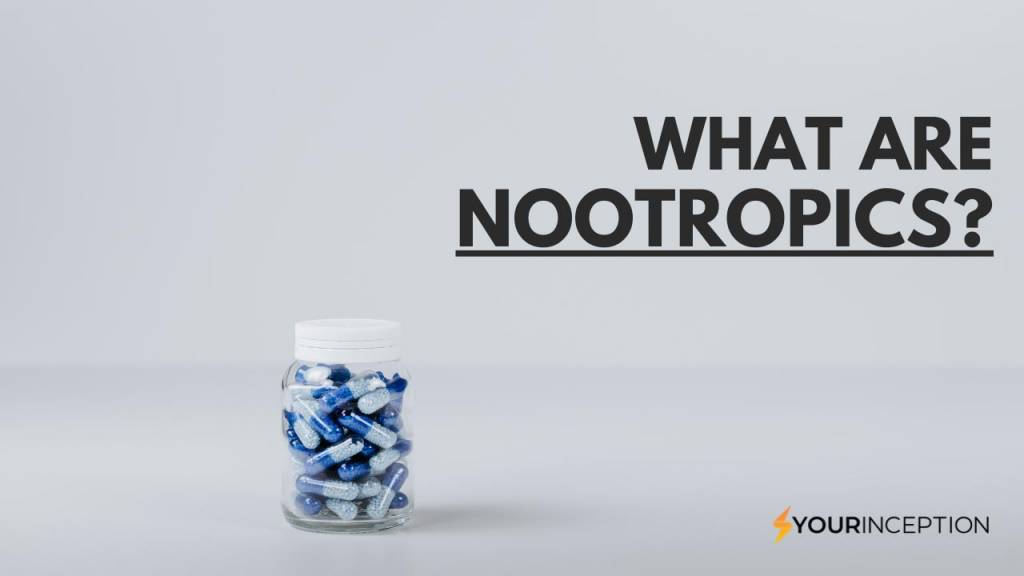 Nootropics are substances, supplements, and other cognitive enhancers that improve our memory, focus, creativity, or motivation. [1]

Also, nootropics can improve our sleep, make us more relaxed, and make our brains healthier and perform better in the long-term.

They are cognitive enhancers that individuals use to improve their overall cognitive performance. [2]

The word nootropic was first used in 1972 by a Romanian psychologist and chemist, Corneliu E. Giurgea. [3]

The word nootropic comes from Greek words νοῦς (nous), or “mind,” and τρέπειν (trepein), meaning to bend or turn.

Nootropics are growing in its popularity since 2015, and the market of nootropics will triple from 2018 to 2022 based on the recent data.

By the original nootropic definition, a true nootropic must:

In reality, many vitamins, minerals, fish oil, and other compounds are considered nootropics.

The main reason for that lies in the fact that pure nootropics are often combined with the mentioned supplements to provide multiple effects.

Besides, most people confuse smart drugs (such as Modafinil and Adderall) for nootropics. We make a clear difference between the two terms and will continue educating people that smart drugs have nothing to do with nootropics. 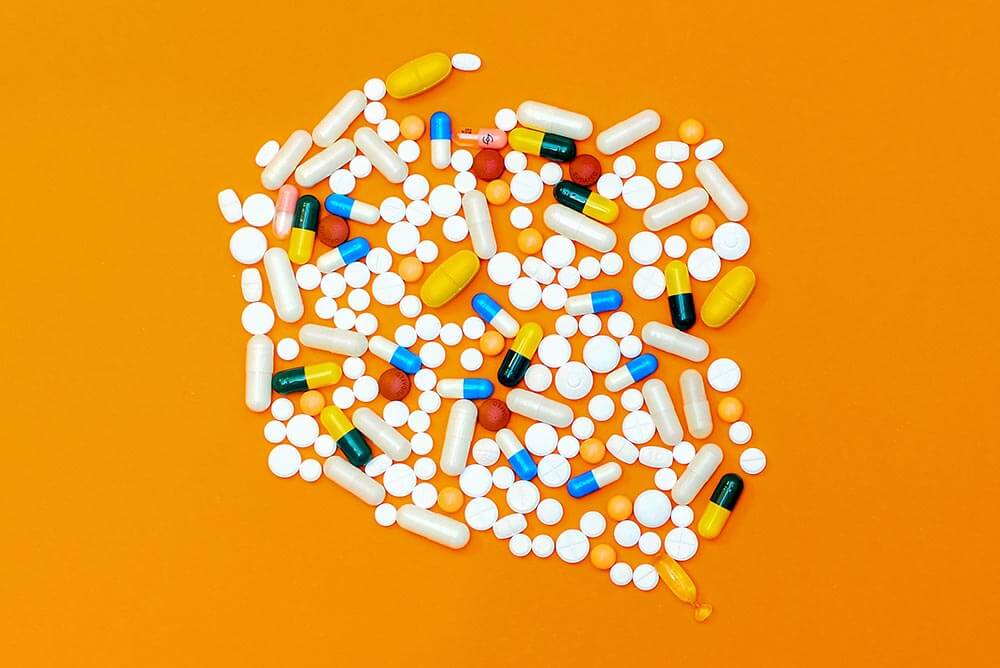 When you talk about nootropics, you often hear two pronunciations of nootropics.

However, based on my experience, the majority of people (yes, including me) pronounce nootropics as nutropic or “newtropic.”
Why the difference? Well, most people find it more natural. It’s not that important what the official nootropic pronunciation is as long as you know what nootropics really are.
So stick with the pronunciation that you prefer. And don’t worry about it too much.

The scientific community started researching nootropics in the 20th century, but that doesn’t mean that nootropics weren’t used before that.

Just the contrary, when we had a look at traditional medicines (such as Ayurvedic medicine, traditional Chinese medicine, and Ancient Egyptian medicine), we noticed that some types of nootropics might have been used as early as 5000 BCE. [4]

The most interesting is the Ayurvedic medicine, which has used certain adaptogenic herbs (such as Bacopa Monnieri, Ashwagandha, Rhodiola Rosea, and Gotu Kula) that are today found in many popular supplements) for thousands of years. [5]

While this fact doesn’t prove nootropics efficacy nor safety, it does provide a better baseline for further investigation and research. If we know that particular compounds have been used for thousands of years, they should definitely catch the attention of researchers and scientists.
For the last decades, scientists have mainly focused on understanding individual nootropic compounds and their use in treating “modern diseases” such as ADHD, Alzheimer’s, Parkinson’s, and other diseases related to cognition. [6]

It hasn’t been until 1992 when the term biohacking has been defined. In the last few decades, many scientists, neuro researchers, and biohackers started exploring the world of nootropics and nootropic supplements.

Today, you can find countless studies and lots of ongoing research focused on exploring the use of nootropics in many different ways. Most often, researchers are trying to understand the effects of nootropics on:

With further research, we can expect to understand nootropics and its efficacy better in the next years. 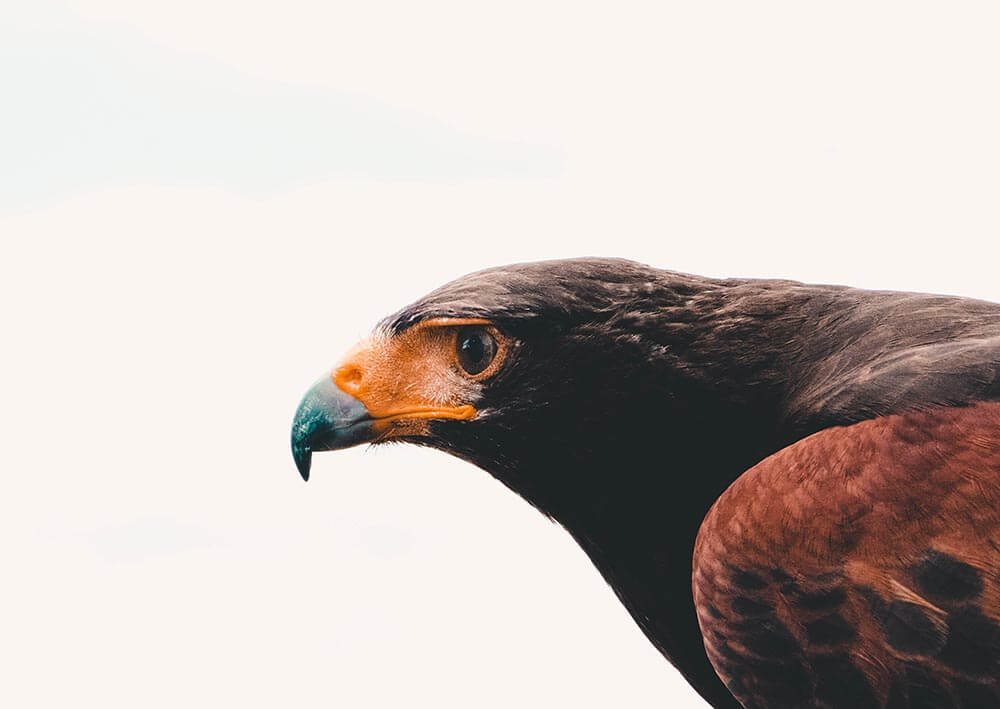 What To Expect From Nootropics?

When people first come across nootropics, they are often confused and are not sure what to really expect from them.

The main problem lies in the fact that many brands, media, and even movies (check the Limitless movie or even Lucy) distorted the real picture of nootropics.

Since nootropics aren’t magical pills (more about that below), it is hard to expect magical benefits. If you want to learn all about the nootropics benefits, click here to check our post.

But right here, we want to answer the question of how effective nootropics are.

Since there are over 84+ identified nootropics, it is hard to generalize the effects. There are just too many factors that influence the efficacy of nootropics, such as its quality, dosage, how they were taken, a combination of nootropics, individual biology, etc.

However, in 2013, a study was done comparing the effects of Modafinil (a smart drug) with the effects of 2 popular nutraceuticals (nootropics) – Bacopa Monnieri and Ginseng. [7]

For this particular study, they used Cohen’s D statistical method for evaluating the effects of nootropics. This method provides results on a scale from 0 to 1, where:

So, what did the study find?

Interestingly enough, the results for the effects of Modafinil on visuospatial memory accuracy were 0.77 (almost a large effect), whereas the effects of Ginseng on simple reaction time were 0.86 and effects of Bacopa on delayed word recall 0.95.

While this one study does not mean that all nootropics are beneficial, it proves that at least some nootropics have important (positive) effects on cognition.

As we mentioned before, further research will hopefully find more such effects.

As you can see, it is not effortless to answer the question of “what are nootropics,” and that’s why many people still don’t understand nootropics.

Well, so much about the nootropic definition. If you are searching for the best nootropics and nootropic stacks, you came to the right place.

With our huge database and the most honest reviews, we are convinced you’ll find what you search.

Now is your time to find the best nootropics on the market and improve your cognitive performance.

Many studies confirm the positive effects of nootropics on improving our cognitive performance (especially memory and focus) and slowing down cognitive decline. Besides, nootropics can help with anxiety, depression, sleep-related issues, and much more.

But since there are so many nootropics on the market, it is hard to find the most effective and the safest ones.

To help you out, we created a list of the best nootropic supplements that can provide a whole range of different benefits. Check them out by clicking the button below.

Greg Gostincar, MSc, is the creator of Your Inception. He is an online entrepreneur creating content that will help you become more productive and mindful. Greg is a certified expert in biohacking from Emory University & a productivity guru.
Facebook-f
Instagram
Linkedin
Blog
Nootropics
Coaching
Resources
About Us
Contact Us